Which of the following is an example of an operational risk loss by FirmA?》2022年新版FRM一二级内部资料免费领取！【精华版】

A) After a surprise announcement by the central bank that interest rates would increase, bond prices fall, and FirmA incurs a significant loss on its bond portfolio.

B) The data capture system of Firm Afails to capture the correct market rates causing derivative trades to be done at incorrect prices, leading to significant losses.

C) As a result of an increase in commodity prices, the share price of a company that Firm Ainvested in falls significantly causing major investment losses.

D) Acounterparty of Firm Afails to settle their debt to Firm A, and in doing this, they are in breach of a legal agreement to pay for services rendered.

解析：systems failure or incorrect systems caused the problem. The losses are directly due to an operational risk exposure, (A) and (C), an increase in interest rates and the fall in the value of an investment, are both examples of market risk exposure, (D), failure to repay debt, is an example of credit risk exposure.

According to Basel Accord，operational risk is:

I. All the risks that are not currently captured under Market and Credit Risk.

II. The potential for losses due to a failure in the operational processes or in the systems that support them.

III. The risk of losses due to a failure in people, process, technology(system) or due to external events.

C) II and III only

解析：The Basel Committee on Banking Supervision defines operational risk as "the risk of loss resulting from inadequate or failed internal processes,people and systems or from external events." The committee states that the definition excludes strategic and reputational risks but includes legal risks. 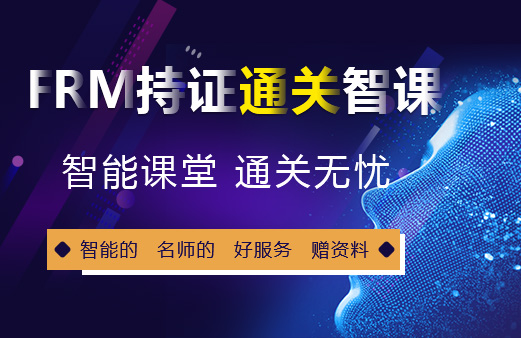